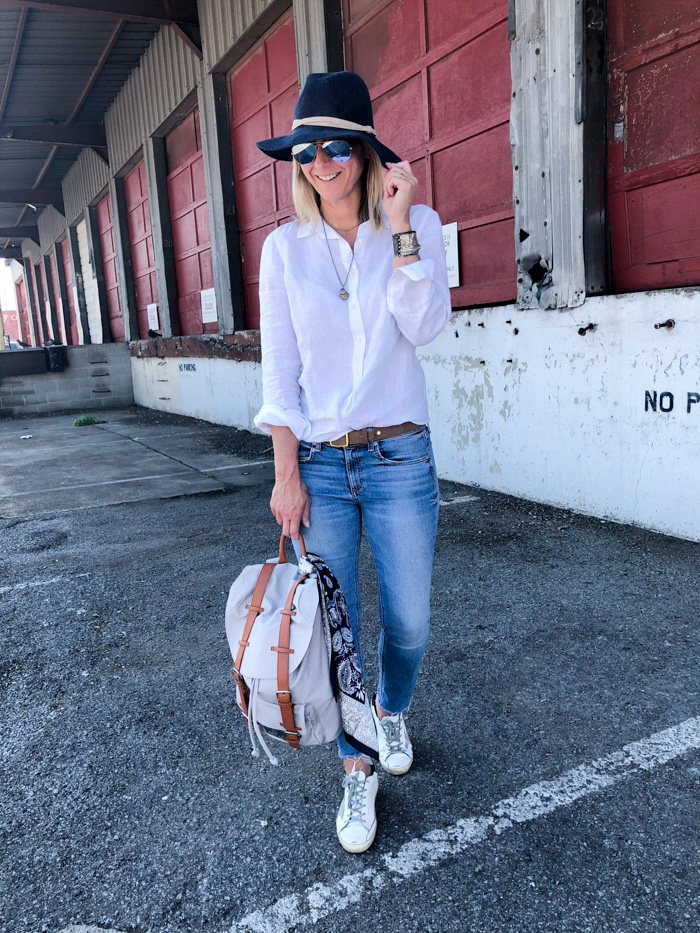 If I took one thing away from my recent weekend trip to Nashville, it would be that it is impossible to be bored. Nashville is quickly becoming a world class city filled with incredible dining experiences, shopping, culture and of course, a vibrant music scene. Truly, there is something for everyone to enjoy. That is why people are visiting (and moving!) to Nashville in record numbers. One weekend is definitely not enough time to take it all in. But with that said, we managed to cover a lot of ground!

The city of Nashville is broken down by neighborhoods, each area unique in its own vibe and offerings. While this list does not cover all of them, it does highlight the most popular ones and the ones I was able to explore in this quick weekend trip.

Weekend in Nashville: The Neighborhoods to Hit 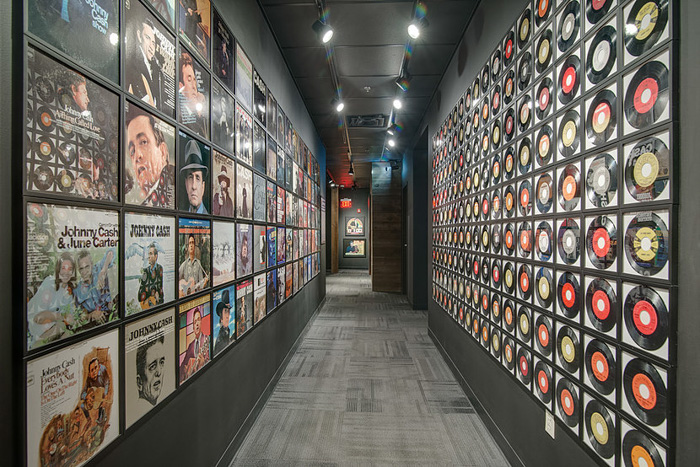 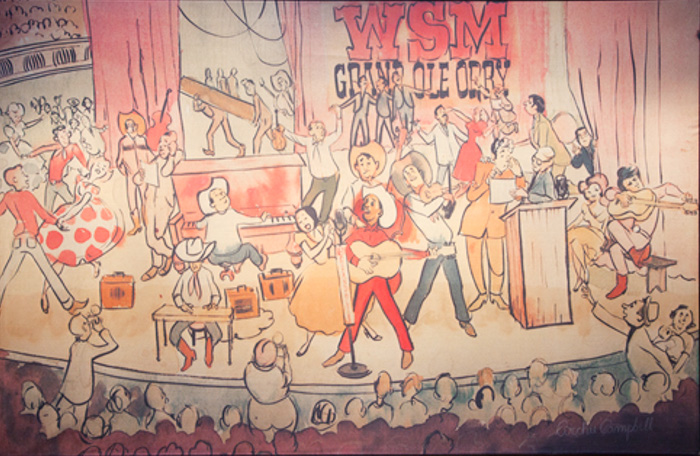 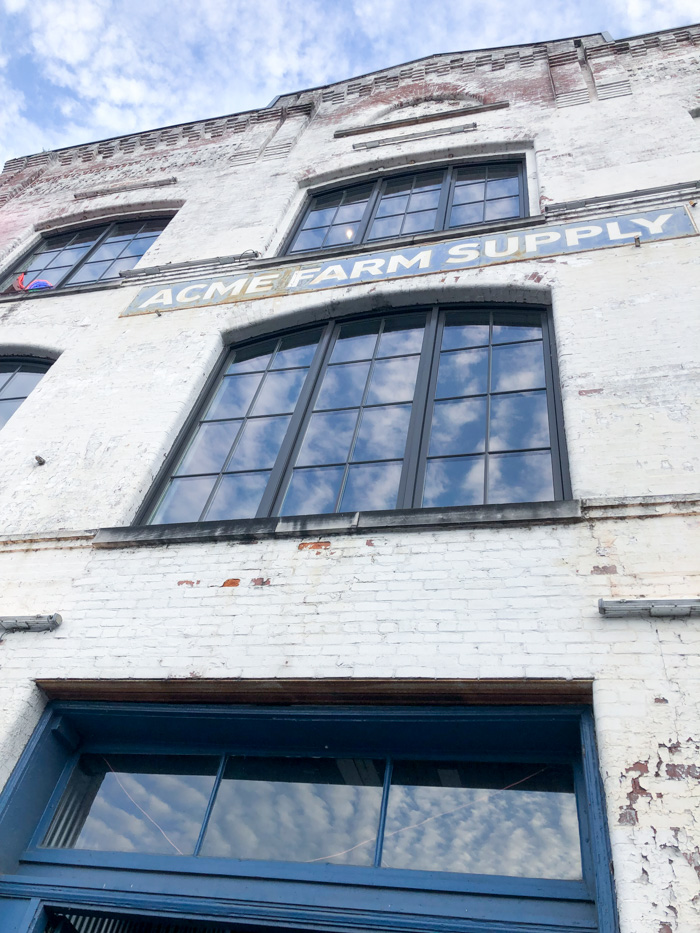 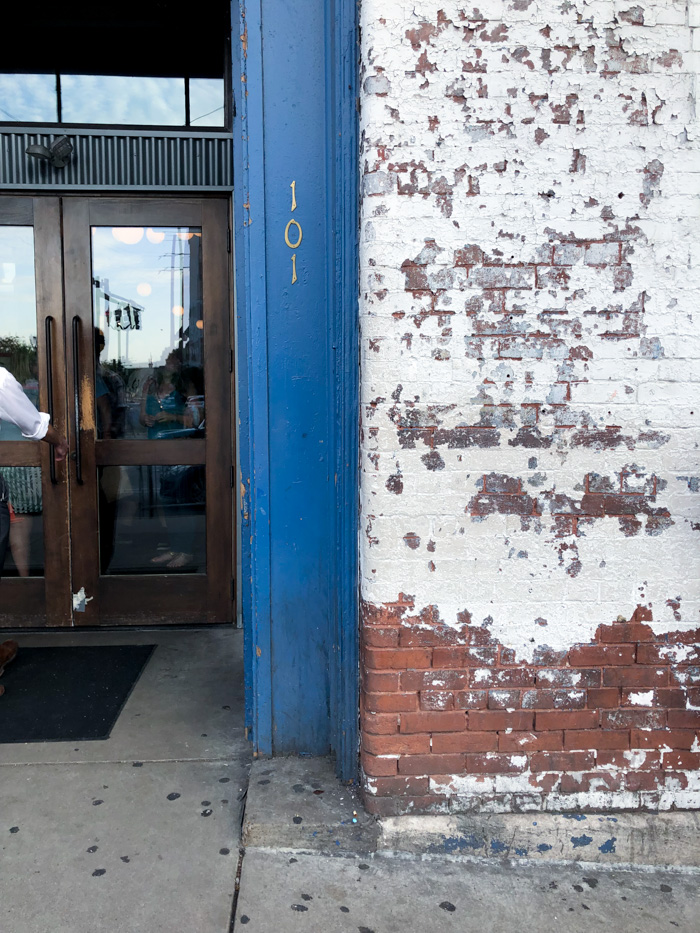 No other city in the world, dedicates their downtown to music like Nashville does! After all, it is named Music City for a reason! And at the heart of downtown Nashville, is the music scene on Broadway. Broadway, otherwise known as Honkey Tonk highway, is a row of bars (expanding several blocks) pumping live country music into the streets from 10am to 3am. Every big country artist right now seems to have their name on one! And what I love about it is that it doesn’t cost a thing to get into one of them. Meaning no cover charge which makes bar hopping easy! With that said, Broadway is always loud, always packed and evokes a similar vibe to Sin City or Bourbon Street! It is not for everyone (including most locals!) but it is something you need to experience for one night!

Beyond Broadway, Music Row is also home to record label offices, radio stations and recording studios. The iconic Historic RCA Studio B, where legends like Elvis Presley and Dolly Parton recorded hits, is open for tours. Here you will also find the Country Music Hall of Fame and the Johnny Cash Museum.

Finally, downtown Nashville is home to the Ryman Auditorium, the iconic music venue of the Gran Ole Opry, Nashville’s number one attraction! What began as a simple radio broadcast in 1925 has now become a live entertainment phenomenon. Dedicated to honoring country music’s rich history, the Grand Ole Opry showcases a mix of country legends and the current country chart-toppers who have followed in their footsteps. Make sure to look up the schedule before you plan your visit! I am always amazed at the weekly line-up!

Bluebird Cafe: A Nashville landmark where songwriters perform their songs. Bluebird is a very small venue and always sells out. Reservations become available a week in advance so plan ahead!

The Listening Room: Another very popular place where songwriters perform their songs. There are several locations in Nashville but we hit up the downtown venue!

Ole’ Red: Blake Shelton’s new place that everyone is raving about!

Tootsie’s: The most famous honkey tonk in downtown Broadway where some of the most iconic country artists got their start! Rumor has it that Keith Urban sometimes comes here dressed in disguise to play!

Hattie B’s: The only place to go for hot chicken. This is a Nashville institution!

Martin’s Bar-B-Que Joint: You will always see a line out the door but for good reason! Martin’s is Nashville’s legendary whole hog BBQ known for its ribs, brisket and scratch sides all served up on a tray platter! 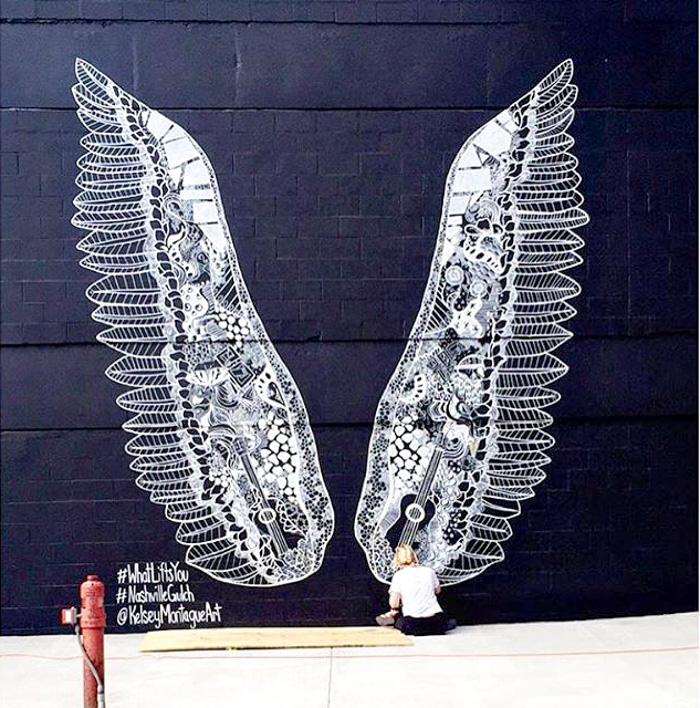 Technically still considered downtown, The Gulch is an upscale neighborhood known for its chic hotels, high-end fashion boutiques and trendsetting restaurants. Similar to Broadway, the Gulch is packed with people standing in line for one of the hot restaurants or waiting to snap a photo in front of the iconic angel wing mural!

Parish: An exceptional upscale women’s  boutique with a well curated collection of high end brands coupled with unique pieces from all over the world! I loved this place!

Uncommon James: If you are a fan of Kristin Cavallari and her reality show, then you do not want to miss her branded store offering a collection of her designed jewelry.

Biscuit Love: What started out as a food truck has evolved into one of the most sought out eating spots in Nashville (several locations) serving up locally sourced Southern fare and of course mouth watering biscuits!

Milk & Honey: I could not believe the line I saw of people waiting to get in here! Hands down the go-to breakfast spot with a great environment and a “foody” menu.

Tip: When heading to downtown or The Gulch, you are better off taking an Uber. Parking lots are expensive and Ubering is not! 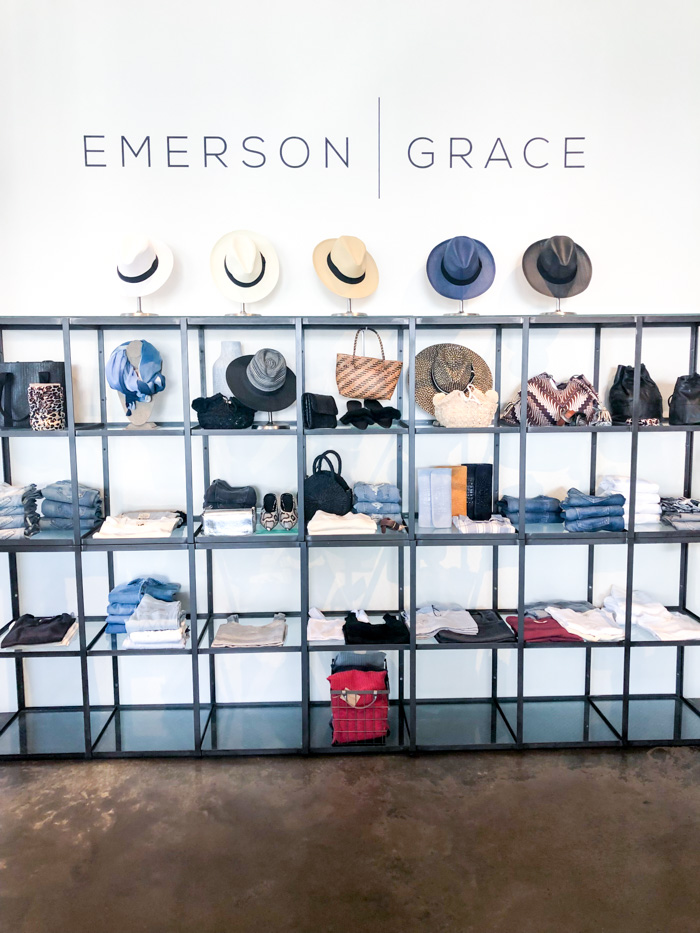 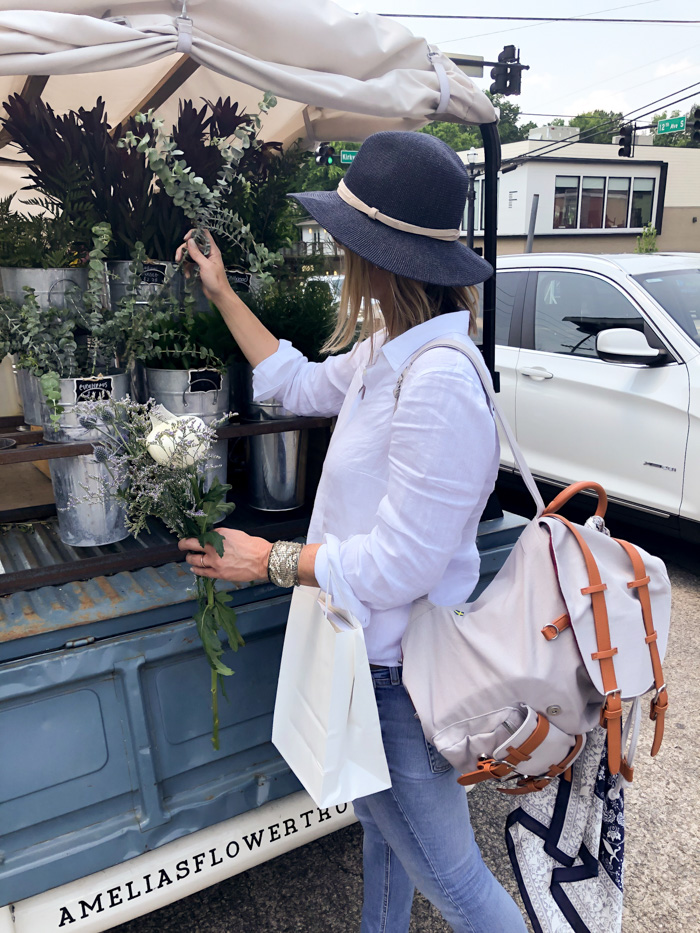 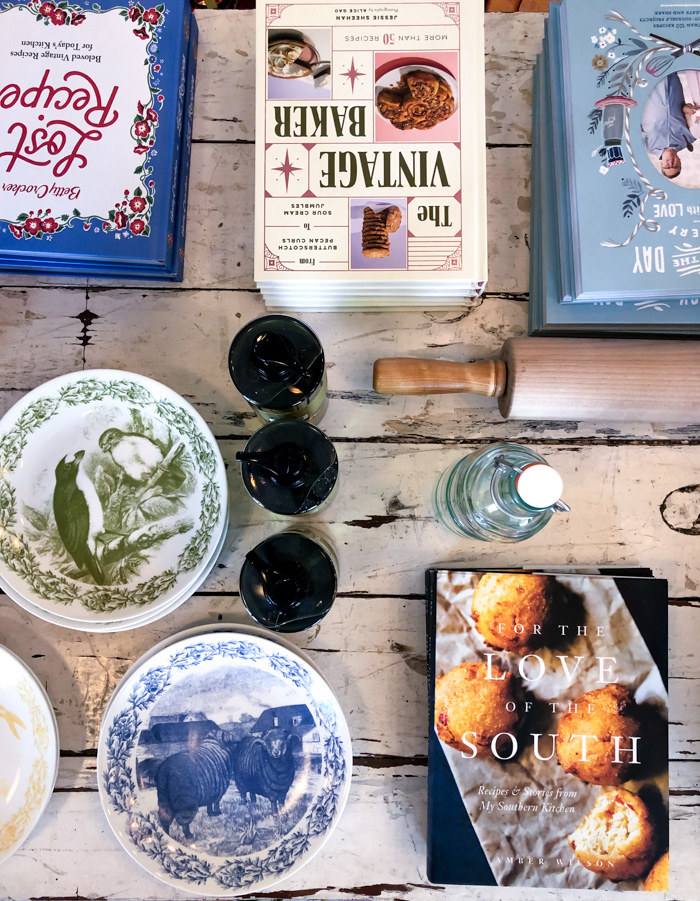 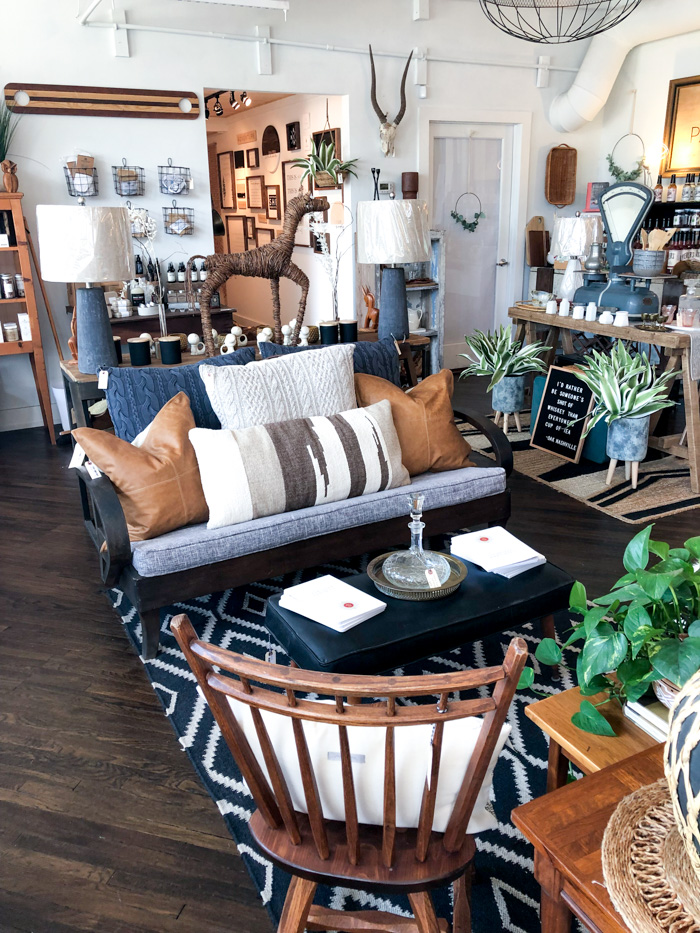 I really did not start to fall in love with Nashville until I hit 12South! One of the most walkable (and trendiest) neighborhoods in Nashville, 12South is a shopping and dining destination mecca chock full of restaurants, coffee houses, bakeries, and boutique shops! The side streets are flanked by towering trees and stylish bungalow homes making you forget that you still are in the heart of the city. In addition to the storefronts, parking lots along 12 South host vintage vans converted into flower stands, food trucks and pop-up boutiques.

Emerson Grace: Chic is the first word to come to mind when walking into this women’s boutique. Offering elevated women’s basics with a refined vibe, this might have been my favorite store!

Hero: The space is unreal and I could have stayed here all day! You will absolutely find something special and unique here.

White’s Mercantile: The city’s hottest hub for gifts, White’s is a gem of a modern day general store! A one stop shop where you find all of your essentials from french antiques to dog food to cookbooks to candles to sunglasses. I could have spent hours perusing this place!

Bartaco: Upscale street food with a coastal vibe and a very hip environment.

Edley’s Bar-B-Que: A tribute to all things Southern, Edley’s is a Nashville darling that smokes their meats  daily making this a great spot for BBQ!

Five Daughter’s Bakery: Music City’s donut destination thats should be a must on everyone’s list! 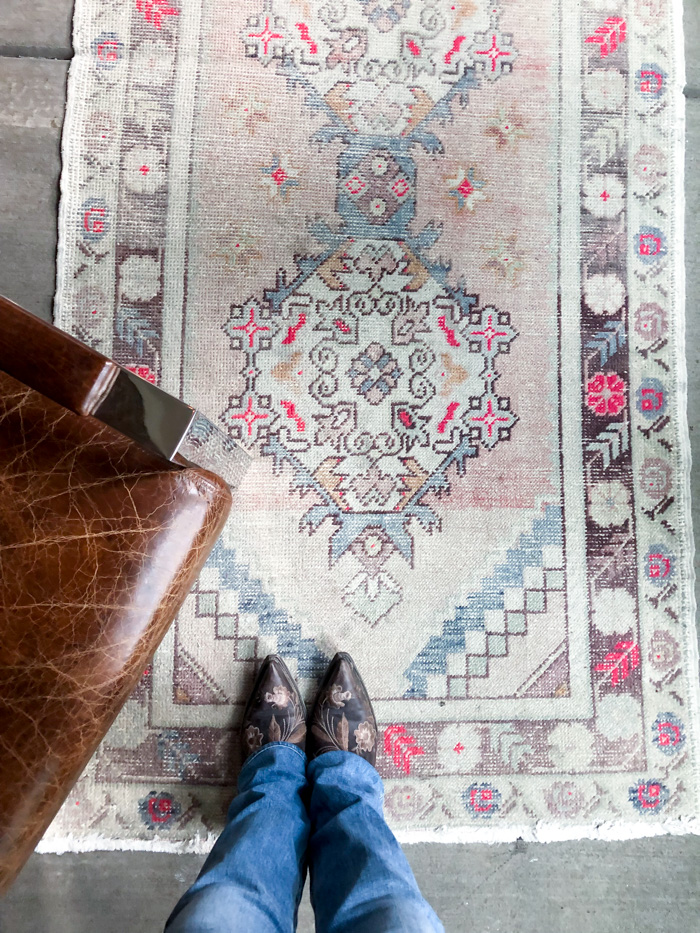 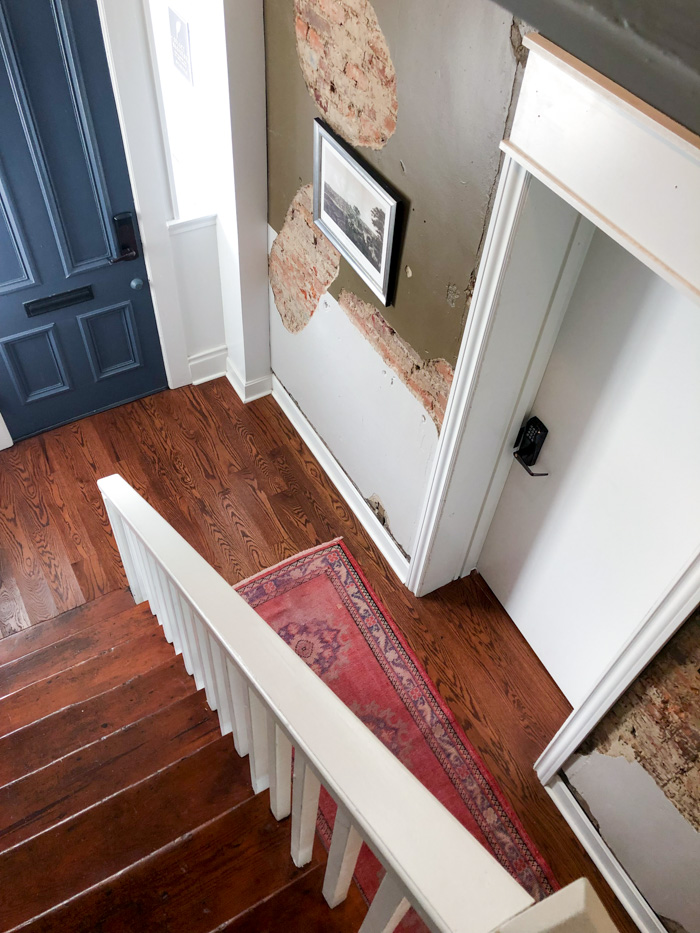 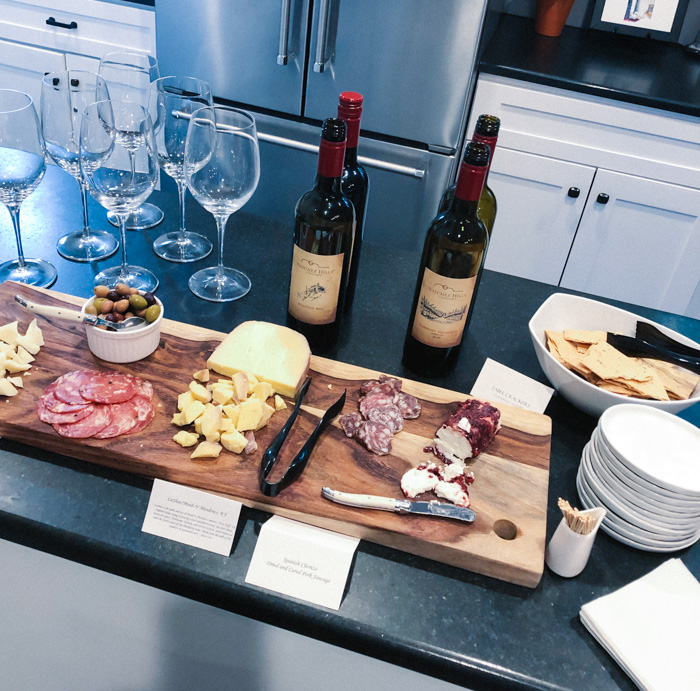 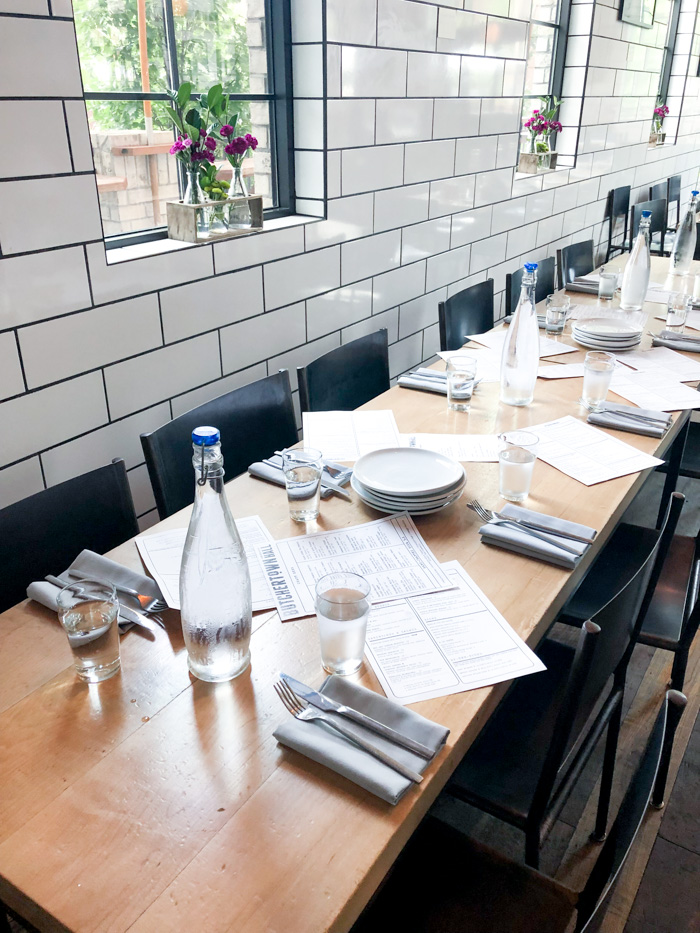 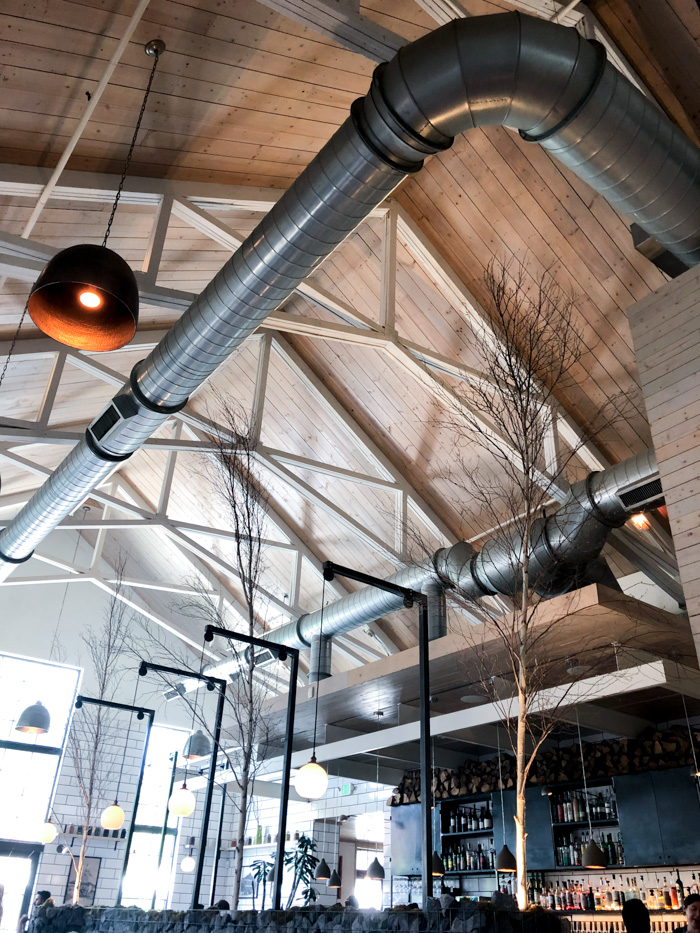 You know when you feel you are on the verge of witnessing the next hottest thing? That is how I feel about this section of Nashville. Compared to the pact streets of downtown and 12South, Germantown is an urban oasis. With chic eateries in restored Victorian buildings, and cafes along the brick sidewalks, Germantown exudes historic charm coupled with an urban vibe. Former warehouses contain clothing boutiques and jaw dropping, designed restaurants. Germantown is also home to Nashville Farmers’ Market featuring eclectic global eateries and vendors offering seasonal produce. Close by, Centennial Park features skyline views and green spaces within an urban landscape.

Germantown Inn: One of the most charming places I have stayed to date, the Germantown Inn is such a welcoming ten room boutique hotel (with rooms in the main home plus the recently renovated carriage home) located within an 1860’s historic brick building.  Greeted by the kindest staff who made us feel right at home, I was impressed by the offerings and small attention to details! The Inn is beautifully appointed with an impressive collection of vintage wool runners and rugs throughout the rooms and hallways. The rooms are surprisingly spacious with high ceilings and large windows. The common spaces include an indoor sunroom, an outdoor courtyard and a rooftop patio!

We stayed in the Madison room, designed with a color scheme of gray, white, hot pink and navy, and offering the MOST comfortable king bed outfitted in Frette linens. Complimentary bottles of water awaited us along with plush robes, slippers and a unique selection of toiletries!

A light buffet breakfast is included with your stay as well as a lovely cocktail hour display giving you a chance to mingle with other guests at the Inn.

Barista Parlor: It is probably one of my favorite coffee shops out of anywhere and they happen to have a location right in the heart of Germantown!  Yes they curate some of the finest roasted coffee but experiencing the physical space and craftsmanship of the roasting is what really makes Barista such a special spot!

Butchertown Hall: I came for the space but I will return for the food that pays tribute to German and Mexican dishes with a heavy emphasis on smoked meats. However, I dined on a charred Brussel sprout salad that left me refreshed and satisfied!

5th & Taylor : One of the most beautiful spaces I have dined in, the menu does not disappoint in the least! This opening of this restaurant helped put Germantown on the map and is still considered one of Nashville’s top dining experiences!

Monell’s: Situated right across from the Germantown Inn we tired to go here on a Sunday night but found it closed.  But when your Uber Driver tells you it is a must (validated by so many others) I will make sure to add this to my must try list next time I am in Nashville. It serves up Southern comfort food in a family style setting and boasts the number one spot on Tripadvisor for best restaurant in Nashville. Wow!

Alexis + Bolt: Arriving just in time for happy hour, I was greeted with a glass of wine when I walked in the door! Situated in a restored bungalow home, you really do feel welcome as you meander room to room taking in the collections of men’s, women’s and home goods offerings.

Wilder: One of Nashville’s most sought out interior design stores but also a great spot to shop high end gifts and home decor! 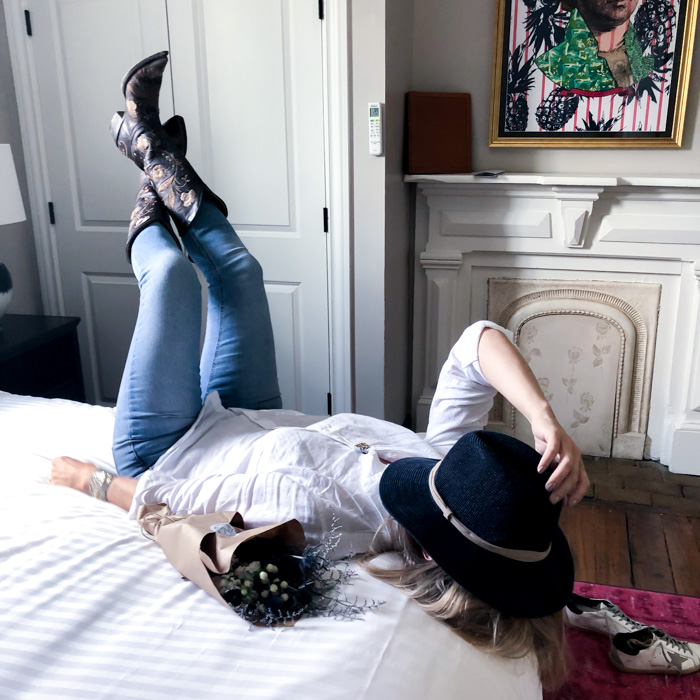 Also, do not miss my posts “What to Pack for a Weekend: in Nashville”, and Series-Outfit of the Day-Travel Attire Outfit and Tips

« Summer Capsule Wardrobe
What to Wear on an International Flight: How to Be Comfortable and Look Chic »